Effective immediately, all in-person chapter 7, 12, and 13 section 341 meetings scheduled through April 10, 2020, are continued until a later date to be determined.  Absent special circumstances, section 341 meetings may not proceed during this period except through telephonic or other alternative means not requiring personal appearance by debtors.  Appropriate notice will be provided to parties in accordance with bankruptcy law and rules.

Meetings already noticed as telephonic meetings may proceed as scheduled.

Notice of Vacancy - US Bankruptcy Judge

The Mississippi Bankruptcy Conference congratulates the following individuals who have been selected by the Office of the United States Trustee to receive trustee appointments in bankruptcy cases filed under the new subchapter V of Chapter 11 (which becomes effective this Wednesday, February 19, 2020):

In addition to staying up on the latest educational bankruptcy topics, receive our newsletter and other updates from the Mississippi Bankruptcy Conference.

In light of seminars occurring nationwide to address the Bankruptcy Code, James W. O’Mara and then judge, Hon. Barney E. Eaton, III, met to discuss the organization and presentation of a similar seminar in Mississippi.  Both were in favor of such a seminar and began working toward that goal, which included deciding who would oversee the presentation of the seminar.  It was at that time that the need for an organization to sponsor the seminar became clear.  The Mississippi Bankruptcy Conference was created with the purpose of providing an annual seminar through which bankruptcy practitioners could receive continued education about bankruptcy and stay abreast of changes and trends in that area of law.

The Mississippi Bankruptcy Conference was established as a not for profit corporation, with Mr. O’Mara serving as its first president.  The other officers for that first year were Richard Thomas Bennett, Vice President, and J.C. Bell, Secretary.  According to the initial by-laws, the officers served a term of one year in a succession format whereby the current vice president would be elevated to president.

One notable requirement for the seminar, beginning with its first year, was that at least one featured speaker be from outside of the state of Mississippi.  It was the goal of the conference to bring a nationally recognized leader in the field to the seminar who could offer the attendees useful information from a different perspective.  The remainder of the presentations was generally rounded out with Mississippi practitioners or other local experts.

The first seminar featured Kenneth Klee, the primary author of the Bankruptcy Code.  Mr. Klee was the first in of a line of nationally recognized speakers that have been a part of the annual seminar presented by the Mississippi Bankruptcy Conference.  The commitment of the conference to sponsor a quality seminar continues to grow each year with highly qualified, recognizable presenters from both Mississippi and around the country.

The sponsors for this year’s seminar are: 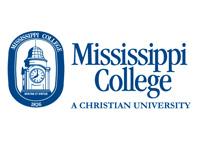 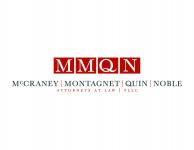 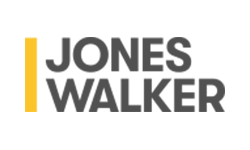